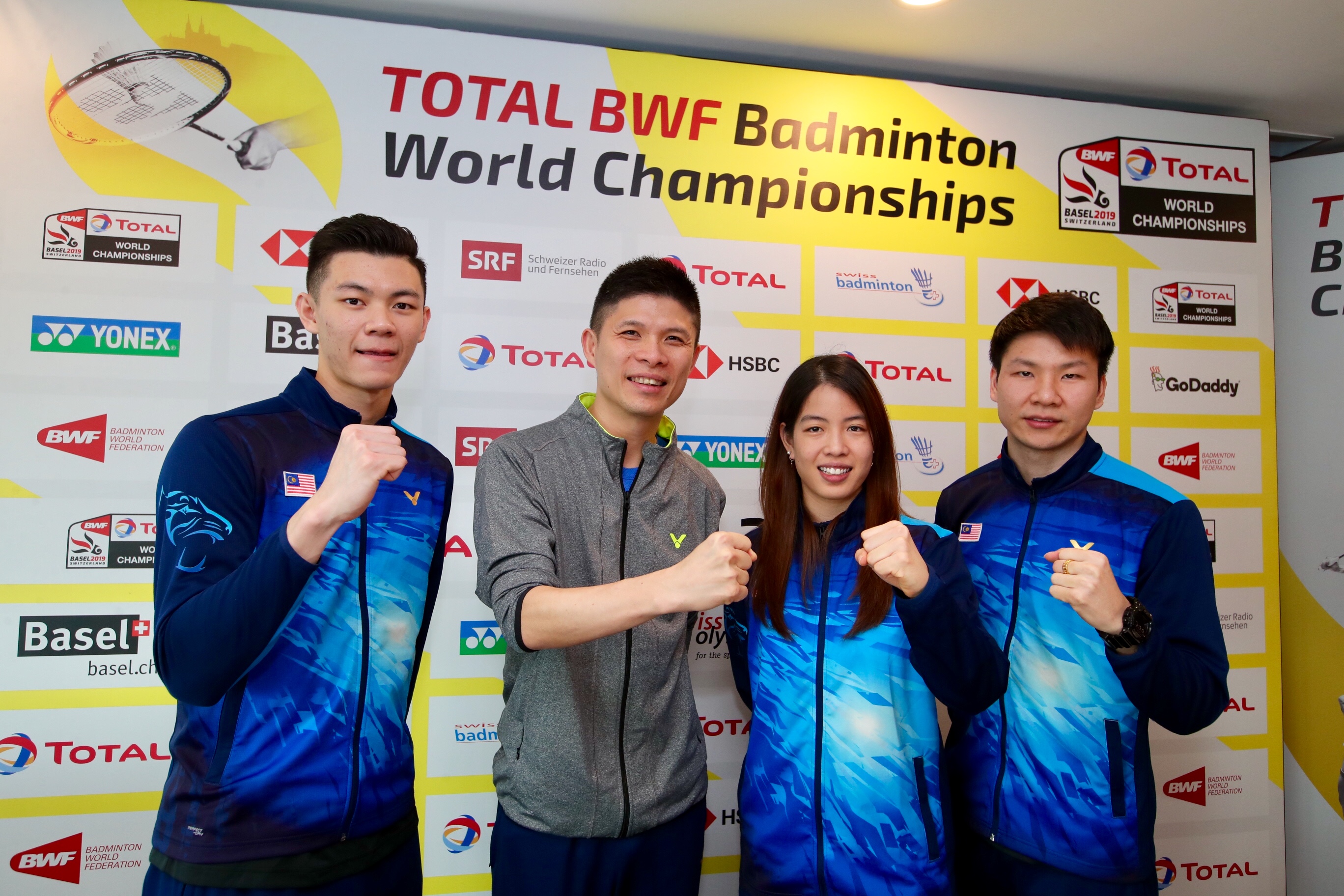 The draw for the TOTAL BWF World Championships 2019 was conducted at BWF Headquarters in Kuala Lumpur today.

BWF President Poul-Erik Høyer said at the opening address: “We are delighted to be celebrating the 25th Edition of our Badminton World Championships this year. The event has come a long way since the first edition in Malmo, Sweden, in 1977. 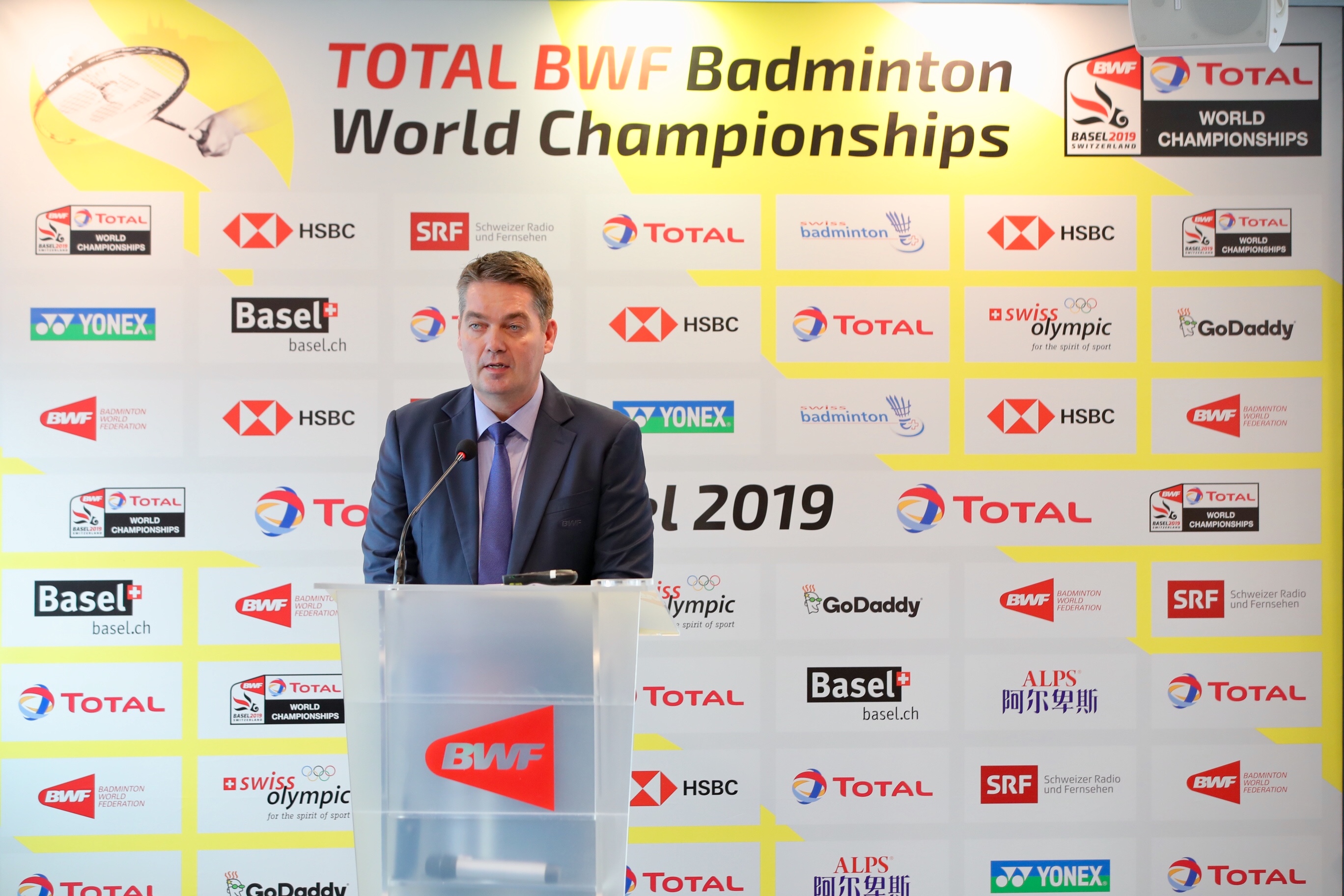 “The tournament also comes at a crucial time for our athletes as they continue their quest to qualify for the Tokyo 2020 Olympic Games. “I look forward to seven incredible days of badminton in Basel and I wish all the players the best of luck.”

A total of 383 players from 46 Member Associations will contest this year’s championships.

Before the draw, three top singles contenders for the world title – Viktor Axelsen (Denmark), Shi Yu Qi (China) and Carolina Marin (Spain) – all pulled out of the championships due to injury.

Marin and Shi’s decisions were conveyed to BWF over the weekend. Marin announced on her official social media page that she had been unable to recover fully in time from the anterior cruciate ligament (ACL) injury to her right knee that she suffered at the Indonesia Masters in January.

“My team and I have decided that we are not going to play the World Championships because we are very short of time. The recovery is going well, so we will wait until the tournaments of September,” Marin said.

Both Axelsen and Marin are winners of the World Championships. Axelsen won the title in 2017; Marin is a three-time champion and the current holder.

Another top contender for the men’s singles crown, Shi Yu Qi, suffered a left ankle injury at the Indonesia Open last month and has not been able to recover in time for Basel. Shi was runner-up to Kento Momota at the last World Championships in Nanjing.

Last week, Axelsen cited a disc protrusion in his lower back that was leading to pain in his back and legs as the reason for his omission.

“The World Championships is the biggest event of the year and I had obviously been looking forward to playing.

“I’ve done everything I could to get ready for the World Championships, but I must also be realistic and listen to my body and to the doctors’ advice,” Axelsen said.

Speaking of his players’ chances after the draw, Wong Choon Hann expressed optimism.

“It’s a fair draw for us in all departments. Lee (Zii Jia) has a good chance against top players. We’re looking at him to clear the early rounds and play Kento Momota. We have to prepare ourselves for the big stage,” he said.

“I think men’s singles is the most open (category) because of the absence of Viktor Axelsen and Shi Yu Qi, and Lee Chong Wei is also not competing for the first time in a long while. A lot of upcoming youngsters like Anders Antonsen, Anthony Ginting, Jonatan Christie and Zii Jia are there.”

In women’s singles, top seed Akane Yamaguchi might have to contend with 2013 champion Ratchanok Intanon in her quarter, while second seed Tai Tzu Ying is seeded to clash with two-time runner-up Pusarla V Sindhu in the quarterfinals.